Differences between Purifiers and Clarifiers Used in Ships 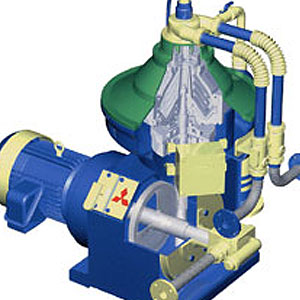 When talking about shipboard purifiers, it’s easy enough to infer an application. It’s a little harder to explain clarifiers. Granted, both devices perform fuel oil cleaning duties. They “purify” the fluid, as the first label infers. Having said that, are the names then just alternate titles for the same device? No, purifiers and clarifiers operate differently, as we’re about to explain.

Shipboard life can get messy. That mucky, disorderly lifestyle is managed by whoever’s running the vessel. Engineering disorder is no different. This is the maintained equipment and meticulously cleaned mechanical systems that keep the ship in tip-top shape. Of particular importance, the fuel system has to be kept free of pollutants. After all, if fuel-suspended foreign agents find their way into the engine, then that expensive assembly of smooth-operating parts could be damaged, perhaps permanently.

Differences between Purifiers and Clarifiers

Engine designers avoid nasty combustion pollutants by installing inline fuel oil scrubbing equipment. Purifiers fulfil their purpose by separating the engine’s lifeblood from the contaminants that have somehow found their way into the oil and fuel lines. The purification equipment uses gravity and centrifugal action to split light fuel oil from heavy sludge and dirt. Water is also removed from the fluid medium so that the combustion cycle continues uninterrupted. After the purifier has conducted the bulk of the centrifugally-facilitated work, the clarifier enters the process. Located next in the processing line, the clarifier operates in series with the purifier, which means it acts as a backup system, one that handles any of the contaminants that have escaped the purifier.

If that last statement were to stand untouched, we’d probably just install two purifiers in series. However, there are a few design differences between them, differences that mark the first device as a purifier and the second device as the clarifier in this fuel oil purification partnership. A dam ring in the purifier, equipped with a number of holes, regulates the oil/water interface. Positional by design, the dam ring controls the line of separation that forms between the oil and water. Clarifiers employ a sealing ring, not a dam ring. This seal blocks water and line impurities.

While marine purifiers and clarifiers carry out similar duties, they’re defined by some significant architectural differences, and these differences impact their operational capabilities. For instance, purifiers need to be primed before they can work properly. Primarily, however, the dam ring on the purifier assembly differentiates the two fuel oil cleaning devices. Similarly, the sealing ring on the backup unit identifies the device as a clarifier.