How Do Main and Auxillary Diesel Engines Work Together in Shipping Vessels? 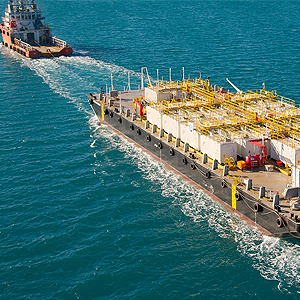 The pecking order on a shipping vessel is fairly easy to determine. There’s the main engine, which is also referred to as the primary propulsion system. This massive machine turns the propeller shafts that thrust the ship across the seas. Meanwhile, the auxiliary diesel engine provides energy for every other important system. It powers pumps, generators, cooling systems, and more. Classed as discrete primary and secondary energy producers, the two engines work together, yet they also manage to operate independently.

Arguably, the two diesel engines types are every bit as important as each other. Granted, the main engine receives more system resources than its sibling. Then again, it’s responsible for propelling the vessel, so that’s a natural design choice. However, the auxiliary diesel engine is responsible for providing a range of utilitarian services. Fluids are pumped by the secondary engine. It is precisely engineered drive parts imbue pumps with power, plus there’s plenty of radial transmission force available for the electrical generators and other ship-critical services.

This next design feature sounds counterintuitive, but it’s necessary if the vessel is to operate safely when it’s a thousand kilometres from the nearest harbour. Basically, the two engines support each other. They share fuel and lubricant lines. They’re both built from the finest branded engine parts. Beyond these common assets, they separate their system assets. The primary drive system is mechanically inclined. It’s also often coupled to generators, to pumps and many other important onboard systems. Unfortunately, if the main engine fails, perhaps due to a drive issue, all of those subsystems would also grind to a halt. The auxiliary diesel engine eliminates this poor design strategy by sharing the power.

Redundant systems are an essential part of marine engineering. If the main system should fail, an auxiliary service takes over. That theory is now so firmly ingrained in shipping vessel blueprints that it would be unthinkable to manufacture a primary drive engine without also supplying a secondary solution. The auxiliary diesel engine is that secondary solution. It’s purposefully built as a discrete drive, but it’s also equally purposefully built to work together with the main drive engine.

A blackout in a building is an inconvenience. On a ship, a massive vessel that floats on a hull that’s several storeys high, an electrical blackout or shipwide mechanical failure can only be viewed as a potential catastrophe. Fortunately, a redundancy philosophy rules ship design. At the core of that philosophy, two hearted ships drive vessels forward, deliver electrical and mechanical power, and support each other when problems arise.