How Do Marine Steam Turbines Work in Ships? 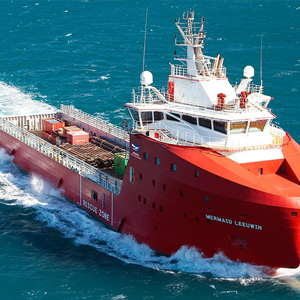 Marine propulsion systems are designed to launch seagoing vessels across rough waves. Granted, a powerboat crossing a choppy lake does need some two-stroke horsepower to safely navigate wild waters, but that’s not the kind of craft we’re referring to at the moment. No, this is a realm reserved for marine steam turbines, the drive systems that power massive vessels.

The Age of the Marine Steam Turbine

A reciprocating engine turned the propulsion drive shaft on early “steamers.” The exotic mechanisms used pistons to rotate large drive wheels. We can still see examples of this early design on paddle steamers, but most of these vessels have been relegated to museums. They’re basically anachronisms now, so where’s the steam turbine? A look back at the early twentieth-century reveals the earliest example of this technology. Used first as an electrical power generator, pressurised steam was about to transform marine engine design.

How Do Marine Steam Turbines Work?

A turbine is a cylindrical machine that acts as a dynamic power plant. At one end of its operational spectrum, water fuels its rotational core. At the other end of this scale, there’s gas, the fuel of choice for an aircraft’s turboprop engines. Between these two bookending applications, though, is the working fluid that powers marine vessels. We’re referring, of course, to the steam turbines that occupy the bellies of marine vessels. Down in the ship’s boiler, the superheated water is produced by burning a fuel. Consider the cruise liners of old, their chimney stacks and wisps of black smoke. These vessels employed stokers to shovel coal into huge boilers. That practice is no longer required, not when there are automated oil lines to supply fuel to the massive boilers.

The high-pressure steam is typically channeled through a turbine housing that holds a large rotor. Fixed blades and rotating blades ring this rotating shaft. Once that high-temperature steam hits the turbine, the laws of fluid dynamics mate with Newton’s Third Law to induce rotational momentum. In short, the funneled steam is forcing the mechanical innards of the turbine to rotate at great speed. As this turbine is coupled to the drive shaft, propeller rotation is assured, perhaps via a speed reduction gearing package.

Having made this effort to describe marine steam turbines, we can say that coal-powered furnaces are a thing of the past. Mid-twentieth century turbines, for instance, were still boiler-driven, but the boiler received its fuel from combustible oil. As for the current generation of marine steam turbines, they’re greeting the future by adopting a nuclear-powered heat source, the power required to move aircraft carriers and submarines.