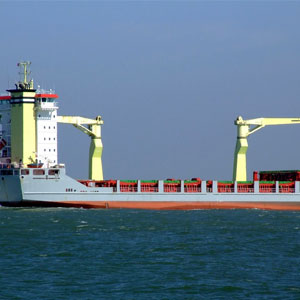 Mechanical seals and hatch covers for the marine industry are built to protect ships from an assortment of fluid mediums. From airborne saltwater sprays to pipe fed shaft lubricants, the seals are punished by caustic chemical forces and harsh environmental conditions. Robust mechanical seal materials keep onboard fluids within their pipes and housings. As for hatch covers, they also prevent fluid penetration, although the threat here comes from the local environment, the sea and sky.

Unlike a typical land-based structure, a marine vessel battles leaks from two directions. There are the pipe leaks, the system breaches that mechanical seals prevent, then there’s briny water attacking from the outside. Mechanical seals and hatch covers battle fluid leaks on two fronts. After all, the hull of the ship may be fitted with a state-of-the-art anti-fouling system, as described in a previous article, but the inner compartments are not necessarily designed to withstand that salty water. An accomplished hatch cover supplier designs watertight products. They’re the fastener-augmented steel door panels and lock-down access ports that stop, not only wind-driven rainstorms, but also the strong wave surges that could spill onto the ship and jeopardize onboard buoyancy.

The bolted down hatch panels create a wholly waterproof seal up top, even when towering wave surges are spilling on board. Ship buoyancy is assured. Meanwhile, down below deck, a battle is being fought by sealing technology on a second front. These are the mechanical seals that operate inside generator and engine shafts. Viewed from the perspective of a marine shipping engineer, bilge pumps and fuel pumps are an essential part of the integrated shipboard equipment family. They remove accumulating water and oil, pump fuel to the engines, and generally deliver the vessel’s various lifeblood to their destination. Those seals, just like the hatch covers above them, are designed to hold fluids in their natural environment. On this side of the compartment sealing battle, the gaskets act as shaft seals and equipment housing barriers.

At the end of the day, the goal is to keep the cargo hold, engineering compartments, and occupied zones of the vessel dry. Competency-based mechanical seal and hatch cover suppliers understand the reality of this seagoing scenario very well indeed. It’s because of that understanding, the knowledge that fluid leakage is a serious hazard onboard a marine vessel, that the sourced product solutions are designed according to a rigorously conceived set of engineering standards. Watertight and fuel or oil resistant, those machine seals and vessel access points won’t leak, not when they’re purchased from a reliable marine equipment supplier.