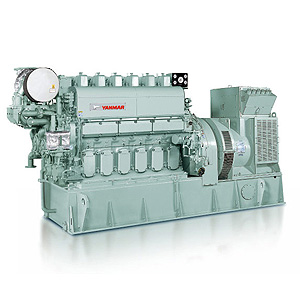 Even a finely tuned Yanmar marine diesel engine will chafe against its reins when it encounters a fuel problem. Perhaps the fluid energy is contaminated? In that case, a misbehaving fuel filter is the likely culprit. On a related note, the fuel line filter could be in trouble. Filter or contaminant, pump or electrical issue, engine performance issues will become engine damage liabilities unless the fuel problem is addressed.

Prevention Begins at The Source

In other words, feed your Yanmar Marine engine clean diesel fuel, as detailed in the ISO 8217 DMX guidelines. This internationally appraised diesel distillates primer is supported by a number of national directives, including the European Unions’ EN590-2009. Essentially, the responsive marine engine requires an equally well-developed fuel if it’s to perform at its best. Cetane and sulphur content problems are simultaneously rectified when a clean diesel fuel is sourced.

Every part of that engine has been professionally assembled from the finest components. Rigorously tested, the equipment now receives a seal of approval. Unfortunately, the quality of an installed fitting can’t be assured in the same way. For example, filters are replaced continually, so the excellently engineered engine’s performance is at the mercy of those particle sieving products. Always install a branded fuel filter. Furthermore, replace that filter periodically. Otherwise, a clog will develop in the fuel line. Coughing and sputtering the blame game calls out the engine, but it’s the filters that cause the headaches.

Air and water, the two substances you can’t escape when you’re sailing the high waters, have the power to hinder a Yanmar marine diesel engine. Get down close and check the fuel/water separator. Drain the water and any trapped sediment. If the problem persists, there’s water trapped deeper inside the engine. Take affirmative action by draining the entire fuel tank and finding the source of the watery invasion. As for air in the engine, this dry gas also makes for an equally capable combustion inhibitor. Know the corrective action for removing fuel line air. Referred to as ‘fuel system air bleeding,’ those poised engine cylinders won’t move until that bleed screw is employed properly.

As you probably know, Yanmar marine diesel engines are highly capable, performance-tuned packages. A working engine will reliably get you where you’re going, even when the weather pushes you back. However, that compact package of sea-going equipment relies on clean fuel. Certainly, there’s no place for air or water in the fuel line. These fluids need to be separated and bled from the diesel. It’s the same with contaminants, for that clean diesel fluid won’t properly combust unless it’s filtered and free of system contaminants.