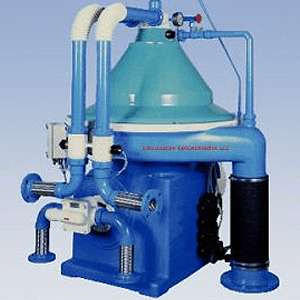 The dictionary definition of a selfjector describes a mechanism that uses centrifugal force to separate oil from particulate matter. In effect, the fast-rotating device uses Newtonian physics as a dynamic purifying engine. It’s commonly used onboard large seagoing vessels, yet it’s also used in smaller maritime vessels and hydraulic systems. The Mitsubishi Group manufacture’s some of the finest examples of this fluid separating mechanism, so here’s a closer look at the uses and applications of Mitsubishi selfjectors.

Heavyweight seagoing vessels are fitted with all of the operating systems that grace modern buildings, but these special seafarers also incorporate systems that are found in few other instances. The onboard electrical generator is familiar enough, but it’s accompanied by complex recycling systems and engines that cover entire decks. An oil separation device is just another example of this self-reliant existence. Its duty is to spin at great speed and free usable oil and fuel from useless sludge. The remaining sedimentary waste is flushed out of the system as the purified hydrocarbons are regenerated.

An Oil and Fuel Filter Alternative

A filter is a passive but efficient screen, but it has obvious drawbacks. Some fine particles will always pass through a mechanical filter, for example, plus this screen is liable to lose efficiency as it becomes clogged. Mitsubishi selfjectors don’t subscribe to this passive configuration. Instead, an active “bowl” rotates at a blur to separate oils and combustible fluids from fluid-suspended contaminants. Hydraulic systems that are used in maintenance-sensitive situations adopt this rotating principle because little maintenance is required to keep the device in peak operational condition. Conversely, a hydraulic oil channel fitted with an oil filter will become choked with rust particles and other contaminants, all of the impurities that will eventually culminate in a worn, breakdown-prone hydraulic setup.

Maritime applications partner with specialized hydraulics equipment to create a formidable user base, but we’re not finished just yet. Processing equipment uses centrifugal force to divide petroleum-based substances. Medium-to-large chemical complexes leverage the density principle that governs these hydrocarbons. The compounds then divide into petroleum jellies, aromatic oils, and other consumer-ready resources. Fed into pocketable jars, these commodities support everything from the cosmetics market to the production of healthy supplements for an ailing human body.

Industrial uses and applications for Mitsubishi Selfjectors favour major maritime applications, situations where ships are classed as self-contained cities, but land applications are also plentiful. These latter usage areas include purified oils for important hydraulic equipment, as well as processing equipment for mineral oils and other particulate-sensitive oily fluids.