What is Anti-Fouling System in Maritime Industries? 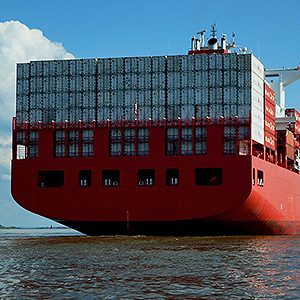 What is an Anti-fouling system? In the maritime industry, this is a device, paint, or surface coating that stops ships from becoming floating biofouling platforms. The devices and coatings prevent marine growths from affecting ship functions, so corrosion prevention is a core precept here, as is ship efficiency. Additionally, those biological contaminants use ship hulls, and their ballast tanks, as a translocation mechanism, so anti-fouling performance must be diligently maintained.

What is an Anti-Fouling System?

It’s a succinct term, but it still requires some explaining. In anti-fouling programs, vessel engineers incorporate a mechanism or surface covering that prevents marine life from finding an unwitting home. In conventional terms, the system designer looks deeply into hull coatings and anode-equipped electrolytic devices, but larger marine industries are equipped with other potential bio residences, with ballast tanks and input apertures where hardy oceanic microorganisms can thrive. Anti-fouling systems, therefore, include a number of performance standards that obstruct and even fully avoid marine life form incursions. Let’s start with a simple hull coating.

Biocidal paints are carefully monitored by independent eco-viability authorities so that they perform only as intended. That means the hull paint is designed to reject the formation of barnacles, mussels, and algae. It carries out these important ship cleaning duties but does not impact any nearby sea or lake life. A series of ecologically mandated regulations and standards manage this requirement, for no ship can be allowed to become a toxic island, nor can it be left to turn into a marine life translocation vehicle. Freed from the anchoring molluscs and algae, the ship travels faster, consumes less fuel, and generally looks much better while it’s cruising serenely past other vessels.

As effective as surface treatments or hull paints obviously are, that coating can fade over time. Devices don’t wear away, and they’re far easier to employ than a full hull coating, especially when that hull stretches the length of a massive cargo freighter. An active anode electrolytic system deserves a mention at this point. Designed to carry a small current, the copper or aluminium anodes provide two-punch protection, which means marine life won’t gain purchase on the hull, nor will corrosion. Other notable anti-fouling systems include electro-chlorination equipment (another anodic protection solution) and ultrasonic technology. The latter method uses high-frequency ultrasonic transducers to prevent microorganism growth.

The upshots are compelling. When the device or hull coating works as intended, the hull and ballast tanks no longer carry exotic marine organisms to seas where they’ll contaminate a delicate ecosystem. Most of all, though, the anti-fouling system streamlines the boat, frees it of drag, and it helps to improve fuel consumption. Not coincidentally, the vessel looks so much better when it’s not covered in barnacles.