Signs that Your Diesel Engine is In Need of Complete Overhaul 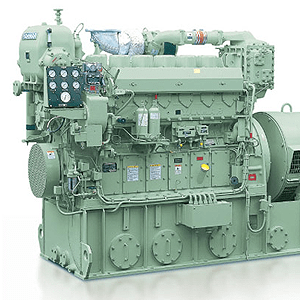 There are faint signs that practically cry out “system failure” when a diesel engine is teetering on the edge. When the indicators are identified, a complete overhaul will redress the run-down equipment so that it can be properly refurbished. On playing Devil’s advocate, if an engineer disregards these warning signs, then a major engine failure is inevitable. That’s a problematic circumstance, one that needs to be rectified.

Diesel engines are designed with inbuilt overhead. The propulsion gear runs at full power for extended periods, so that higher performance ceiling isn’t wasted. Start with a visual inspection. Is the paintwork peeling? Are there suspicious fluid deposits coating the engine? Diesel equipment incorporates pressure-activated injectors and stress-heavy compression cycles, so leaky parts are bad news. Next, check the fluid levels. The liquid reservoirs should predictively maintain their level, as logged in a periodic maintenance document. Furthermore, the condition of the engine fluids requires checking.

If the smoothly regulated diesel power is being choked by some unknown culprit, a system flush quickly corrects the issue. It’s when the problem persists that a major overhaul becomes unavoidable. The worn seals, leaking fluids, and failing mechanical innards aren’t responding to filter replacements and new parts, so a complete refurbishment procedure must be considered. Like a leaky bucket that a thirsty mariner continually tries to fill, there’s just no other practical option. That hypothetical “hole” must be addressed and serviced. Other signs include grime on the intake tubes and physical damage on the compression assembly. Effectively, these are observed conditions that won’t submit to a parts replacement strategy. Everything has to be taken offline, dismounted from the primary drive chain and fully dismantled.

If only a flashing light came on and told the owner an overhaul was on the cards. That, unfortunately, isn’t how system overhaul logic operates. A seasoned sailor, for example, knows that there are vital systems living inside a marine diesel engine. If strange clouds of coloured smoke or unpleasant mechanical sounds parallel performance-hampered propulsion, then there’s a serious problem developing inside the seagoing prime mover. An out-of-round cylinder, a badly scored group of cylinder linings, a fractured gasket inside the engine block, these are all possible culprits here, but they can only be rectified by initiating an overhaul process.

It’s not a desirable process, this need to dismantle a diesel engine, to take it offline. But it is a necessary, system-essential decision, one that exists to prevent irreparable engine damage. If any of these alarm bells are ringing, do take your diesel engine out of service and have it inspected, for a timely mechanical overhaul could be just what the equipment needs to revitalise its performance.